We must do more to protect victims of human trafficking 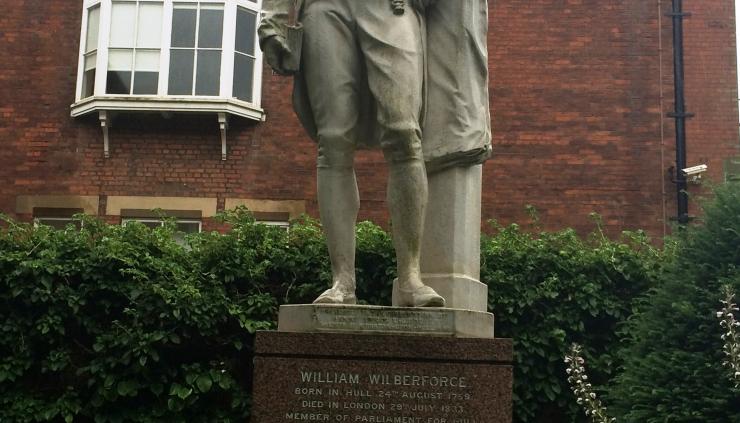 Diana Johnson MP had the article below published on the LabourList website on 15 December 2013. For full text see below or http://labourlist.org/2013/12/we-must-do-more-to-protect-victims-of-human-trafficking/.

After a string of shocking cases, human trafficking is back in the news.

Quite right too we should all be concerned that people are being owned, abused and exploited within our communities. Now is the time to act and the Labour Party fully supports the Government in introducing a Modern Slavery Bill.

But given all this political goodwill the Bill has to deliver.

I want to start with the positives and the main one is that we have a Bill at all. Human trafficking is a complicated issue and it needs specialist legislation. The last Government was the first to bring this in, but now it needs to go further. We need a greater range of specific offences to cover the reality of human trafficking and recognise the unique nature of child trafficking. These need tough sentences. We also need aggravated offences to enable prosecutions of crimes where trafficking was involved such as brothel keeping.

Labour will support the Government in introducing all of this. But it isn't enough.

We also need to protect the victims of trafficking. There is an undeniable moral case to protect these people, but there is also a practical need. Victims of trafficking are the main witnesses to prosecutions. The Government want more prosecutions. We all do. But they will only get them by starting with the victims and here are three statutory protections the Bill needs to include:

The first is giving trafficked children independent guardians. At present 60% of children rescued from trafficking are lost from care. One local authority admitted to losing 90%. This is because the trafficker tends to have a strong psychological bond over the child. This is not easily broken, especially when the child is in a foreign country with a legal system, care system and society that is unknown to them. It is absurd to expect the child to navigate this alone they need independent guardians, as works well elsewhere in Europe.

Secondly, we need to give statutory independence to the National Referral Mechanism. This may sound like a simple technicality, but it's vital. At present victims of trafficking are offered certain protections, but first they have to be referred and accepted to the NRM. The problem is that the NRM is administered by the Home Office's immigration team and too often this creates a conflict of interest between potential immigration overstays and victim of trafficking. Last year, the NRM accepted 80% of referrals from EU nationals, who already had the right to stay in the UK, but they rejected 80% of referrals from non-EU nationals. What is more, there is no right to appeal an NRM decision.

This means that the NRM is failing victims and losing confidence of other agencies. Last year, fewer than half the cases identified by the UK Human Trafficking Monitoring Centre were referred to the NRM. Giving the NRM a statutory basis, along with a right of appeal, would ensure independence and transparency.

Finally, we need a Human Trafficking Commissioner and the position has to be more than symbolic. Victims of trafficking need to be recognised and then supported by a whole host of different agencies, including social services, law enforcement and immigration. At present too many are failing to identify victims, let alone protect them. We need a Commissioner to hold these agencies to account and promote best practice.

Last year, the Home Office commissioned Anti-Slavery International to look at support for victims. Their report found that 25 of 26 recommendations made to the Home Secretary in 2010 still applied. In 17 areas there had been no progress. If the Home Secretary needs convincing on guardians, the NRM or a Commissioner, this report would be a good place for her to start.

Sadly, there are strong indications that many of these measures won't make the Bill published by the Home Secretary on Monday. Victims dominated Parliament's debate on modern slavery this month, but was hardly mentioned in the Minister's response, or in his recent blog.

The Home Secretary has charged the Labour MP Frank Field with collecting evidence on the Bill. The voluntary sector has made their position very clear. I know Frank's report will be thorough, evidenced and compassionate, but it is released on the same day as the draft Bill.

When the Home Secretary publishes her final Bill it must reflect the recommendations of Frank's report.

Prosecuting criminals is an easy political win. Protecting victim is more complicated, but that is why we have a duty to ensure this Modern Slavery Bill is all that it can be.