Modern day slavery is on the rise 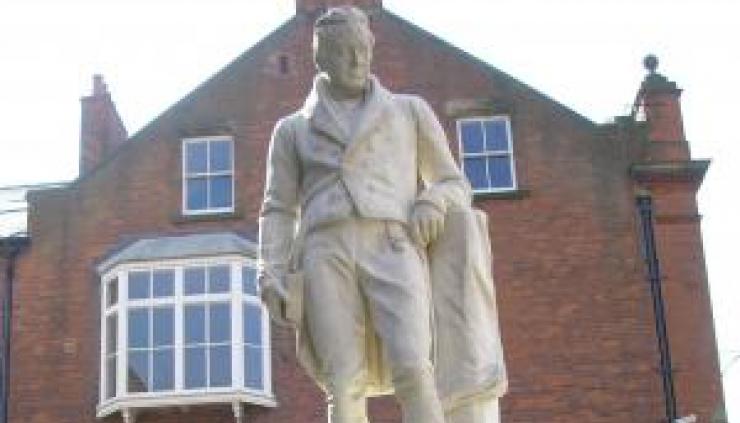 Hull North MP and Labour Shadow Home Office Minister Diana Johnson has the article below published on the Huffington Post webiste at http://www.huffingtonpost.co.uk/diana-johnson/lambeth-slaves_b_4338389.html on 25 November 2013.

Last week the Freedom Charity helped three women to escape what appears to have been thirty years enslavement. Few of us can comprehend what 30 years enslavement would be like. Fewer still can understand how this could happen on a normal street in South London, in the 21st Century.

But the truth is that this case, though extreme, is far from isolated. Modern day slavery is on the rise. Human beings - especially women and children - are being trafficked into and within the UK to work as labourers, domestic servants, prostitutes, cannabis farmers, forced beggars and a range of other jobs.

I want to emphasise the disparate forms of modern slavery, because the single biggest problem with tackling the problem in Britain is that too many victims are missed. We can imagine the horror the neighbours must have felt when they found out that three women had been kept enslaved down their street for 30 years.

But the truth is it's not just neighbours who fail to recognise victims. Too many cases are missed by the police, social workers, health workers and immigration staff. Even the most vulnerable child trafficking victims are often ignored. I have been told of one case where a trafficking charity took a child into children's services only for the social worker to drive the child to an immigration removal centre.

Cases are missed because there is a lack of understanding of what trafficking constitutes. I understand the women rescued in South London had, on occasion, been able to leave the house. From afar they may have had the semblance of normal life. Such superficial signs are used by traffickers to deflect from a grim reality. We need to appreciate that traffickers use much more subtle forms of control than locks and chains.

That's why we need a system where victims are front and centre. Firstly, we need to be recognising trafficking in all its different forms. Then we need to ensure that, once identified, victims are given protection and support.

Unbelievably, last year the Home Secretary changed the immigration system to make migrant domestic workers - one of the common groups for trafficking - more vulnerable. Now, a domestic workers' visa is tied to a single employer. The employer is allowed to bring a person into the country and have them deported if they cease employment. But if the individual wants to leave employment, or change employer, they have to leave the country.

Migrant domestic workers were already isolated, but now the home secretary has given potential traffickers full state backing. Preliminary findings from the charity Kalayaan on the effect of these changes is chilling. Of the migrant workers they encountered last year - 61% had been paid no salary at all (up from 14% under the last system); 85% didn't have their own room to sleep in and 86% had their passport confiscated. Though this is just one sample the conclusion is clear: the home secretary's tied visa is being used in a way which is at least equivalent to trafficking.

Sadly, support for child victims is not much better. A horrifying 60% of child victims taken into care go missing. One local authority admitted to losing 90%. This happens because the strength of the bond between child victim and trafficker is not diminished when the child is taken into care. The factors making the child vulnerable in the first place remain - especially if the child is repatriated. These children need specialist care, tailored to their individual circumstance and this will only be provided if specialist and independent guardians are in place.

Such systems have worked so successfully elsewhere in Europe that they were incorporated into the EU Directive on Human Trafficking. After much hand-wringing the Government did eventually sign this Directive, but is still refusing to introduce guardians. Guardians should be Clause 1 of the Home Secretary's Bill.

Theresa May wants to trumpet her Bill as a way of ensnaring the evil people who carry out human traffickers. Sounds great, everyone wants to see more traffickers brought to justice. But there will never be more prosecutions unless we identify more victims and give them the support and protection to enable them to become witnesses and then to rebuild their lives.

After William Wilberforce's anti-slavery campaign was successful slave owners were compensated. In contrast, a 21st Century Bill must place an emphasis on helping victims of slavery as a way of being able to prosecute more of the criminals behind the modern day slave trade.

Unless Theresa May changes her tune and allows this Bill to include the key protections victims need, the opportunity to do this will be lost.