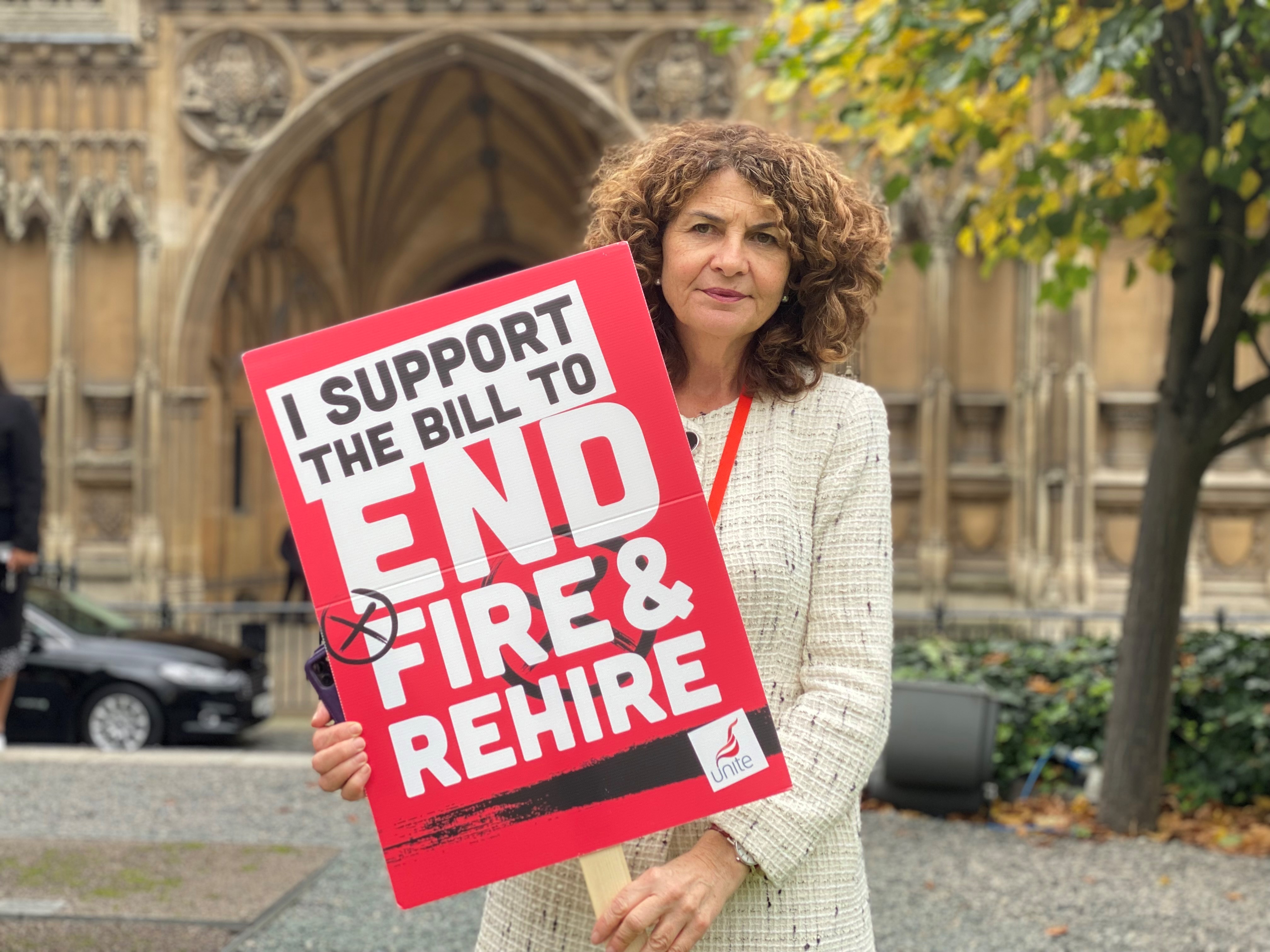 On Friday 22nd October I backed the bill to end Fire and Rehire, the practise where companies fire staff only to bring them back with worse pay and conditions.

I am deeply disappointed that despite support from MPs of different parties across Parliament the government chose to oppose this new legislation.

This bill would have substantially improved employment protection for workers but instead the government blocked it, leaving hard working people exposed to this unacceptable practise by bad employers.